Melbourne Maritime Heritage Network (MMHN) is a non-political, not-for-profit, member-based ‘umbrella’ organisation (i.e. a Network) that brings together individuals and stakeholder groups from marine, maritime heritage, education, tourism, corporate and community sectors, all of which share a commitment to fostering greater recognition of, and knowledge about, Melbourne’s rich maritime heritage and maritime industry sector – past, present and future.

MMHN is a catalyst to advocate for the better management of maritime matters. It seeks to sharpen the focus on the richness of Melbourne’s maritime heritage and the crucial role of its port facilities in delivering social, cultural and economic benefits to Melbourne and regional Victoria.

Melbourne has in effect turned its back on its rich maritime heritage. Melbourne was, and is still, a great port city. Trade by sea was, and is still, crucial in underpinning Melbourne’s economic prosperity. Melbourne remains the nation’s largest port. This cultural and economic strength in Melbourne has not been adequately acknowledged in the public realm and thus far remains undervalued and inadequately exploited by government. Melbourne Maritime Heritage Network (MMHN) was formed to address these ‘deficits’ and to facilitate cooperation, collaboration and coordination across stakeholder groups.

In the twenty-first century MMHN is committed to ensuring Maritime Melbourne, so critical to our future national prosperity, is accorded due recognition by:

The MMHN’s vision is for Melbourne to be celebrated as a city with a rich maritime heritage that shapes our future.

MMHN was registered with the Australian Charities and Not-for-profits Commission (ACNC) on 23 October 2019. Being registered means that MMHN is a recognised charity, with its registration record listed on the ACNC Charity Register. The registration also allows us to display the Registered Charity Tick, which shows our commitment to being transparent, accountable, and well run. Only registered charities can display the Tick.

The MMHN Board consists of up to 12 directors. The directors are elected by the membership, in accordance with the Constitution. The directors elect the Chair and appoint the Secretary (and other office-bearers). With guidance from the Board, MMHN’s projects and programs are progressed through internal Board Committees and through MMHN Special Advisory Groups.

The MMHN has a Constitution which can be downloaded below. 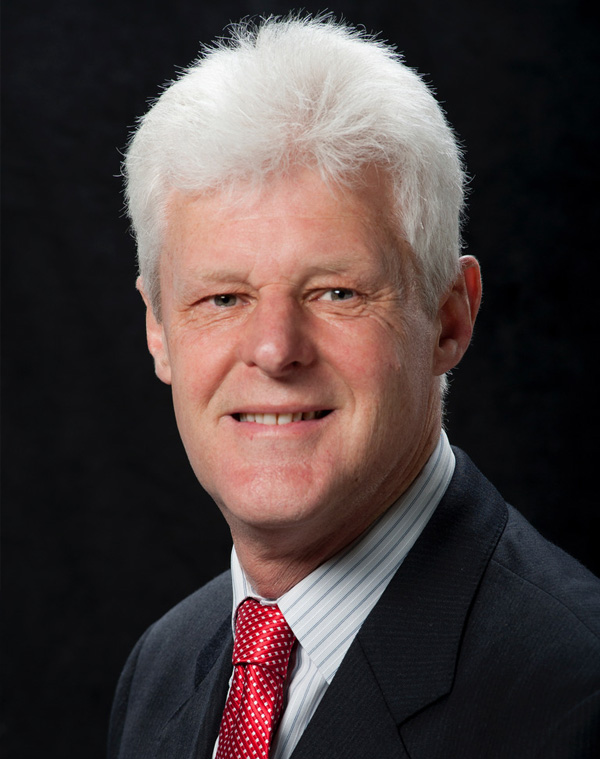 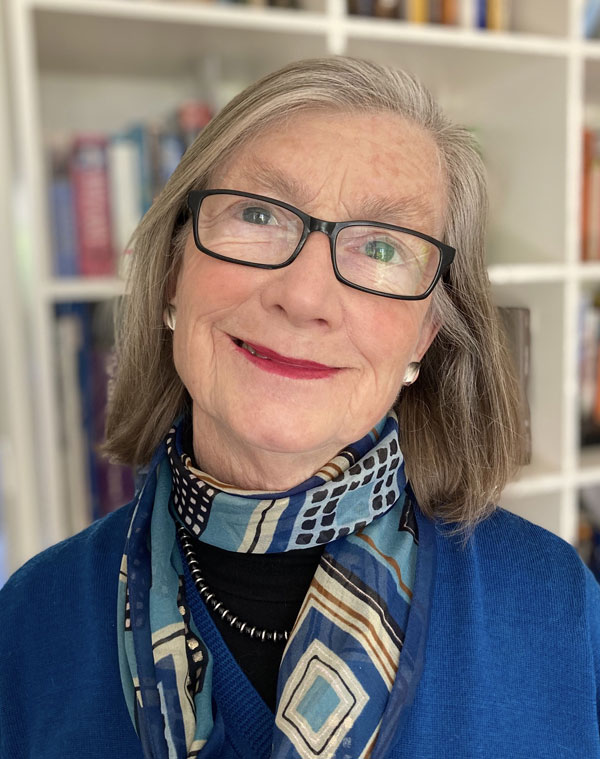 Jackie Watts is the inaugural Chair of the Melbourne Maritime Heritage Network Board. She holds a Doctorate in Education (RMIT), postgraduate qualifications in Teaching & Librarianship (University of Melbourne) and a Bachelor of Arts (La Trobe University). Her areas of professional expertise include secondary & tertiary education, librarianship, research, vocational education and training (VET), professional development, commerce and community activism.

Jackie has experience in both the non-profit & for-profit sectors, on and off-shore. Jackie served on  Melbourne City Council  between 2011 – 2020, and in 2012 became the first Chair of the Knowledge City Portfolio and Deputy Chair of the People City Portfolio holding these positions  until leaving Council in 2020. These portfolios represented the most significant economic and socially progressive areas of work on Council. Jackie also represented Council with the Bay Municipalities Association of Victoria and is currently a Board member of Offshore and Specialist Ships Australia(OSSA). Jackie is a staunch advocate for greater transparency, electoral reform, heritage preservation, gender equity, responsive and respectful community engagement and genuine representative democracy at all levels of government.  She has a keen and abiding interest in heritage recognition, preservation and celebration, and in particular, maritime heritage. 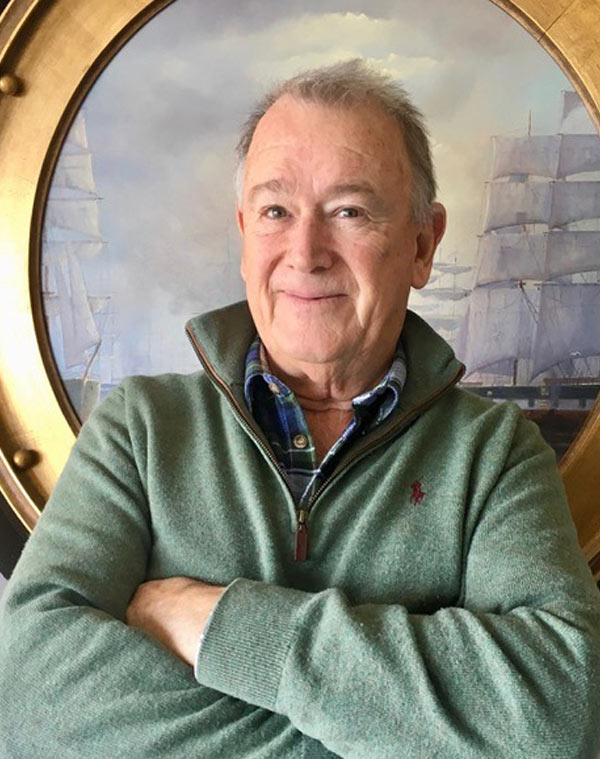 Ross Brewer has over 50 years experience in various facets of the shipping industry.

Having gone to sea as a deck apprentice with P&O, he then went on to work in the P&O London office where he became a Fellow of the Institute of Chartered Shipbrokers. On returning to Australia following 6 months in the New York offices of Associated Bulk Carriers, Ross developed the Australasian business for Anderson Green (later Anderson Hughes) a P&O Company. Ross became Managing Director of P&O Maritime, which encompassed the P&O Specialist Ships (Offshore Oil & Gas, Antarctic & other scientific vessels, Defence, bulk carriers, towage) until retirement.

After retirement he was appointed to the Board of the Australian Maritime Safety Authority (AMSA) until his retirement as Deputy Chairman in 2013. 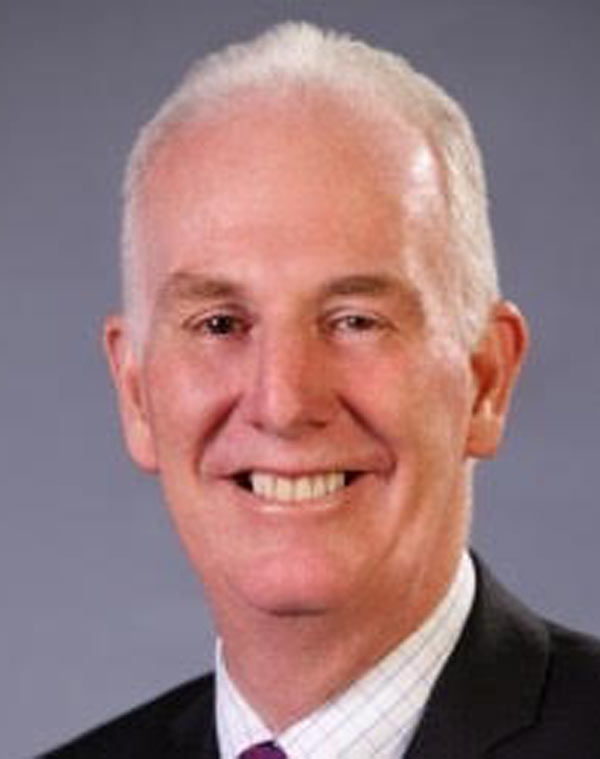 Martin was a teacher, principal and educational administrator for 19 years before being elected to the Victorian Parliament as the Member for Dromana and then Nepean for over 22 years before retiring in 2018.

Since his retirement Martin has pursued his interests in travel, boating and aviation. He has also mentored new Members of Parliament in the Pacific region as part of the UN Development Plan. Martin is also a member of OSSA. 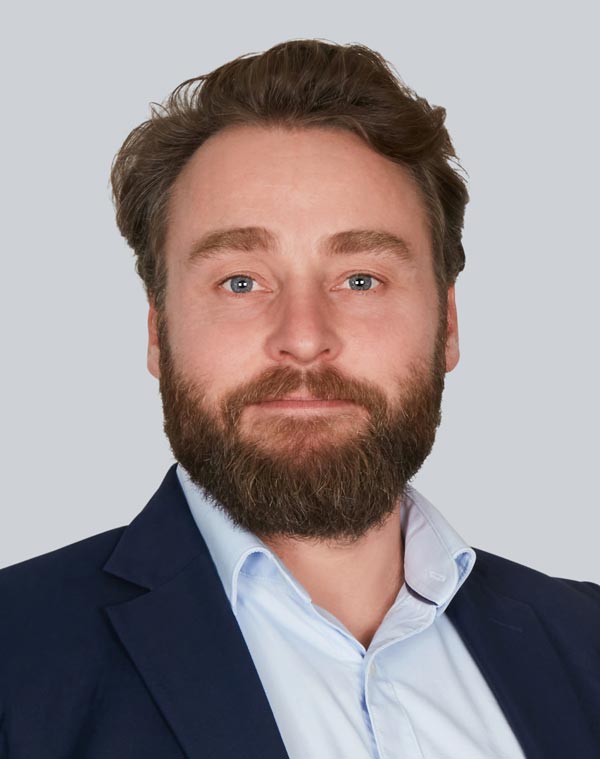 Jamie has a background in private and public sector property development in both the UK and Australia. Having worked extensively across London and its surrounding boroughs, and more recently in Melbourne, Jamie has developed an understanding of the opportunities attached to considered development approaches, and the benefits that exist through the identification nd celebration of an area’s assets and features to enhance its character, appreciation and social development.

As a geographer and coming from a family of sailors, Jamie, has always had an affinity with water and this has percolated through to his professional life, where he has looked to encourage the celebration of water and the history that it has helped to shape, within his work.

Through his career Jamie has had the opportunity to work on a number of important historical development sites, including The Woolwich Royal Arsenal, South East London, 190 Strand, The Strand, London and more recently Melbourne’s Docklands. Each of these projects has involved the early engagement of stakeholder groups, and has highlighted the importance of this continued engagement to the development of an understanding of an assets value to an area, to allow key stories to be told. 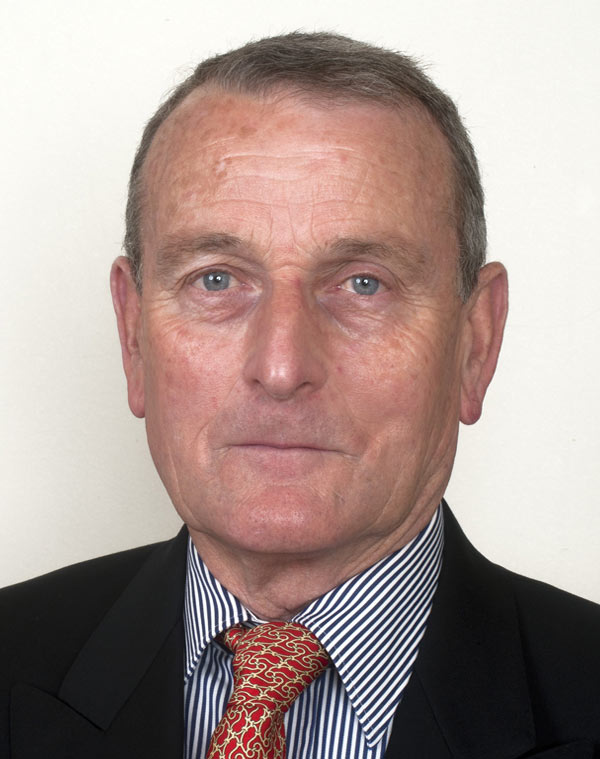 Michael O’Brien is a Vietnam veteran, had a 37-year Army career culminating in reaching the rank of Major General. Michael was in charge of Army logistics. He supervised the rebuilding of two ships for the Royal Australian Navy. He also supervised the recovery and identification of the bodies of 250 soldiers from the group burial at Fromelles, France on behalf of the Australian Government. He was awarded a Conspicuous Service Cross. His other management experience included being on the Board of a successful credit union for over 20 years, was Chair a stock exchange listed company as well as running an antiquarian bookshop for 17 years. He has tertiary qualifications in science and management, has written several books on history and is a frequent lecturer on cruise ships. He is on the board of several not-for-profits and has helped convene Melbourne Rare Book Week since 2012 in partnership with ANZAAB, the University of Melbourne and eight other literary institutions. 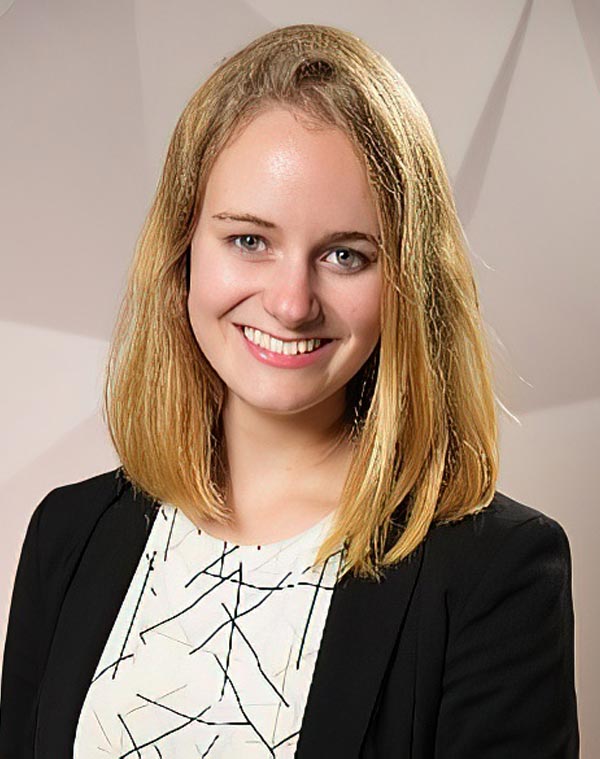 Ash is currently a strategy and transformation professional working at KPMG in their mid-market division. In her role she focuses on helping small to medium enterprises and local government organisations address their strategic challenges. Additionally she has completed several internal secondments; one working to help large corporations improve reporting practices and payments to small business suppliers, and has held a role within the KPMG Indigenous Services team, providing business development services to Indigenous businesses and community organisations. Previously she has held roles in Management Consulting and in Insurance Underwriting in both Australia and Singapore.

Ash is passionate about protecting and conserving our oceans and Australia’s rich marine life. She has inherited her family’s love of history and is pleased to be celebrating and advocating for Melbourne’s maritime heritage. 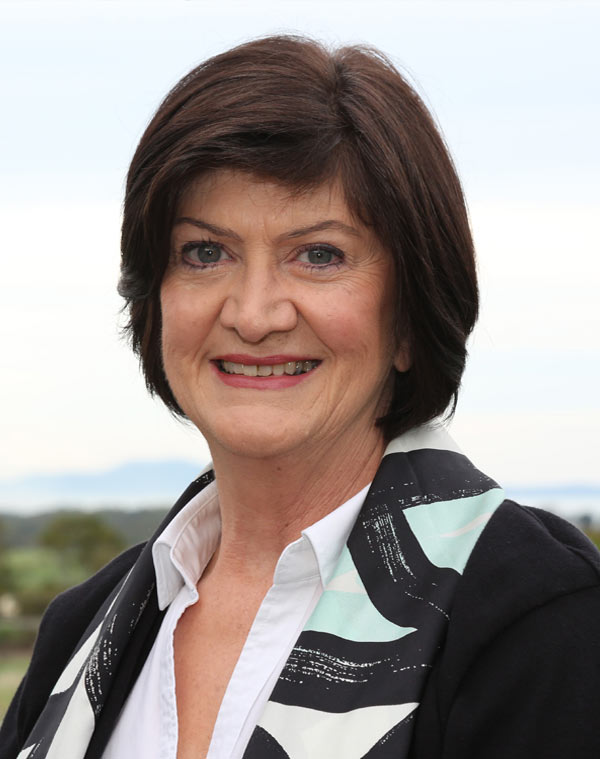 Liz Rushen is a historian, researcher and author with a PhD in history from Monash University and qualifications in business studies (RMIT University) and teaching (University of Melbourne). She is a Research Associate in the Faculty of Arts, Monash University, a former Chair of the History Council of Victoria, a former Executive Director of the Royal Historical Society of Victoria, and has served on many historical and community boards and committees. In the Queen’s Birthday Honours 2021, Liz was appointed a Member (AM) of the Order of Australia (General Division) for significant service to community history and heritage preservation.

Liz is widely published in the field of migration history, women in colonial Australia and the social history of the Port Phillip District (Victoria). In 2018-19 Liz was awarded a Creative Fellowship by the State Library Victoria to research the life and writings of Edmund Finn (‘Garryowen’). Her latest book is John Marshall: shipowner, Lloyd’s reformer and emigration agent (Anchor Books Australia, 2020). 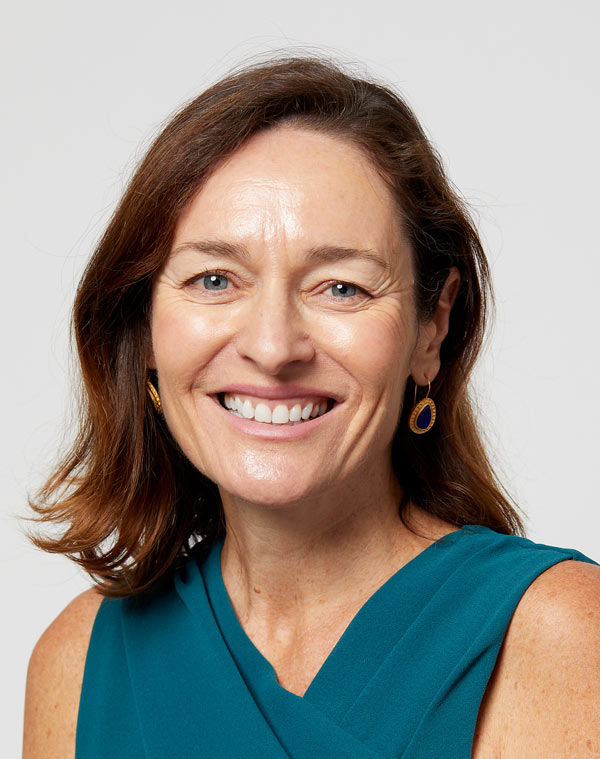 Prior roles include a higher education strategic adviser, corporate lawyer and Supreme Court Judges’ Associate. Co-founder of several start-ups, Jacyl holds a BA, LLB, LLM and a Masters (Enterprise). She received numerous scholarships and awards in 2019 including Universitas 21 Scholarship (2016) to study innovation precincts and Microsoft Executive of the Year (2019) in the Women in Digital Awards.

Jacyl is an accomplished MC, speaker and facilitator and is passionate about making complexity accessible through creative storytelling. 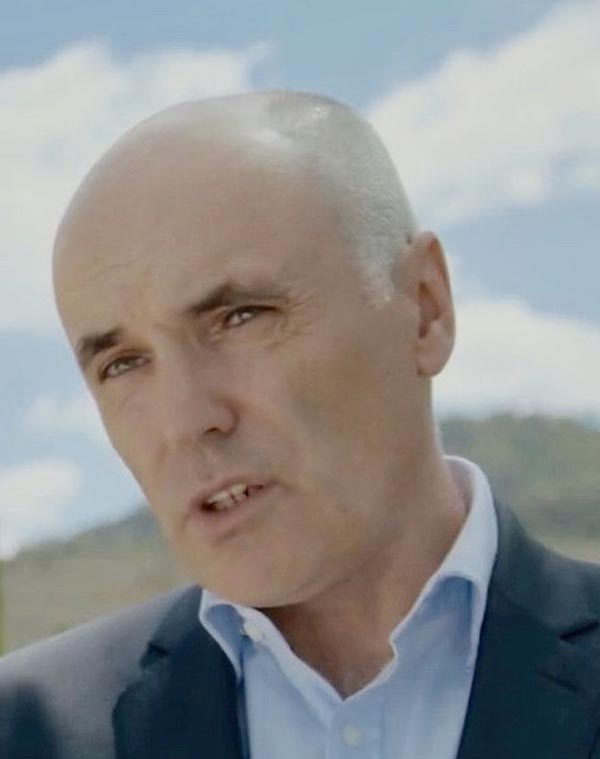 Peter Quinlivian is a lawyer and historian. In his legal work, Peter has had a long association with the maritime sector, having been a maritime lawyer in private practice, and then worked in-house with BHP Transport for many years.

This gave him a good body of experience in all commercial aspects of the marine trade, including ports, ships, cargo and crew. Since 2009 he has worked as senior legal counsel for BAE Systems in the shipyard at Williamstown, in particular on shipbuilding projects for the Royal Australian Navy including the LHD and AWD ships.

Working at the Williamstown shipyard aligned nicely with Peter’s interest in Australian history. He has undertaken detailed research into the history of the shipyard and the Alfred Graving Dock in particular, and frequently speaks publicly about these topics. 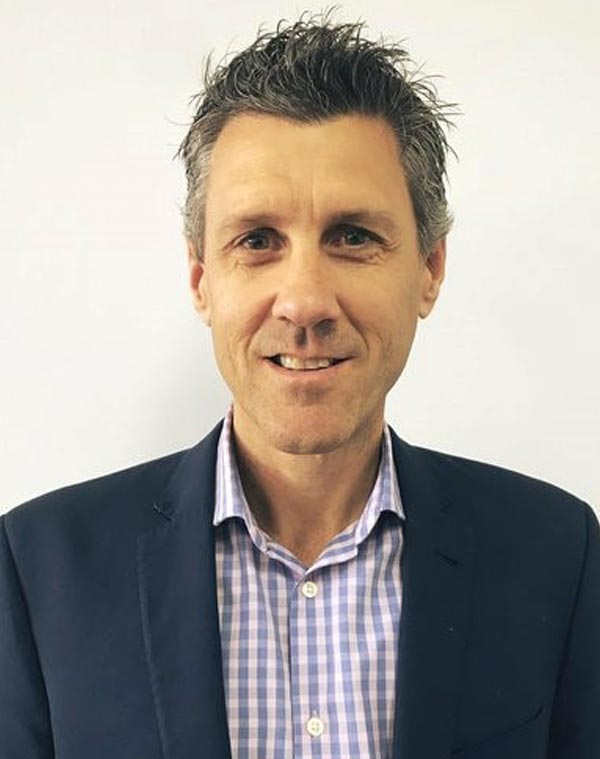 Steve Walker is an industry professional with 11 years of leadership and management experience at the CEO level.

First as CEO of Yachting Victoria, and for the past four years as CEO of the Boating Industry Association of Victoria. As well as industry development, boat show development and delivery, boating promotion, and industry skills planning, Steve devotes a great deal of his time and expertise to advocacy related work, looking to improve things for boaters and for the boating industry.

Prior to coming in the marine sector Steve, who holds a Bachelor of Commerce, has held CEO roles with Tennis New Zealand, Baseball Victoria, and Tennis Tasmania. A lover of fishing, cruising, sailing and skiing, and an array of other sporting and recreational activities, Steve is married to Cathy and dad to Isabella, Nelson, Riley, Lachie and Millie. 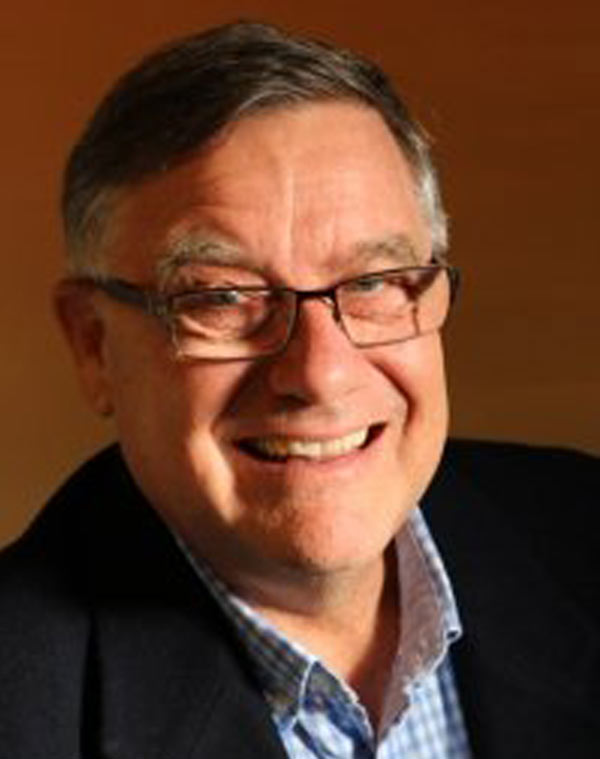 Greg Yorke is a current serving senior officer in the Royal Australian Navy (RAN). He has served in numerous operational and strategic roles across the RAN, including two most successful Commands, HMAS Gladstone in 1990 to 1992 and was the commissioning Commanding Officer, HMAS Arunta and in command from 1998 until 2000. Greg was awarded a Conspicuous Service Cross for his leadership role as Chief Staff Officer (Operations) Maritime Headquarters during operations in Iraq in 2003.

He transferred to the Active Reserve in 2006 and commenced a second career as a Management Consultant where he has undertaken many and varying roles. During this time Greg remained engaged with the RAN undertaking Reserve tasking. He was promoted to Commodore in June 2016 and assumed a full-time position within the Navy Strategic Command.

Greg was appointed by the Chief of Navy as the Senior Naval Officer Victoria to date 1 January 2018, a position he retains today.

Greg holds a Master of Business Administration (Project Management) and a Master of Arts (Strategic Studies).