So far away from us – yet inextricably connected by the sea. MMHN acknowledges with sorrow the desperate plight the citizens and seafarers of Ukraine. See more on ‘War in Ukraine’ below.

(Click on the headings below for specific items, or scroll down for the full Update)

Heritage asset preservation is at the core of all that we do at MMHN. We recognize that heritage assets in many forms have meaning and value for all citizens – social, cultural, and economic value. MMHN joins with other heritage stakeholders in AHAA to ensure that candidates contesting the federal election in all 151 electorates across the nation are fully aware of the loss of irreplaceable heritage assets will mean for Australia into the future. Soon an AHAA Launch email will be emailed to you.

2. The Marvel of Wreck Discovery

The Falklands Maritime Heritage Trust (FMHT) reports that after 106 years archaeologists have not only located the wreck of Shackleton’s Endurance but filmed this most ‘unreachable of wrecks’ in the wild, most remote and seemingly impossible location of the Weddell Sea.

How did this happen? More info
There is much more on the Falklands Maritime Heritage Trust website. Here 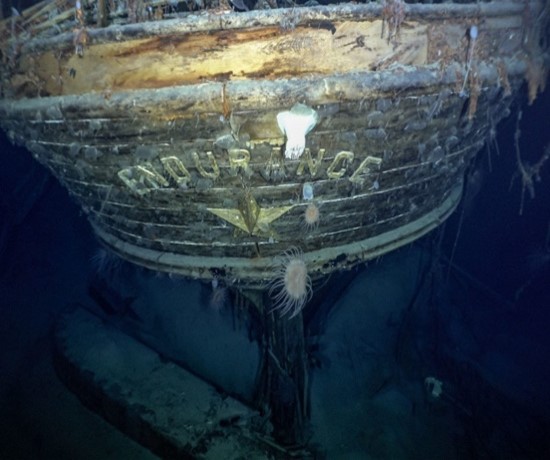 Interested in this painting of the Victorian Naval Fleet?
More info

On Monday 4 April, 7pm British Standard Time MMHN Board member and author, Dr Liz Rushen AM will be presenting an international webinar on her book John Marshall: the Hull shipowner and Lloyd’s agent who established the shipping connection with Melbourne. Register here or  More info

On Thursday 28 April at 5.30 pm, historian Jane Lennon will present her new book, Across Bass Strait, at the Royal Historical Society of Victoria (RHSV) 239 A’Beckett Street, Melbourne. The Hon Barry Jones AO will launch the book. Bookings are essential as numbers are limited. RSVP by 21 April. Across Bass Strait is a history of the connection between squatters, merchants and mariners to develop the livestock trade from the mainland to Van Diemen’s Land.  RSVP 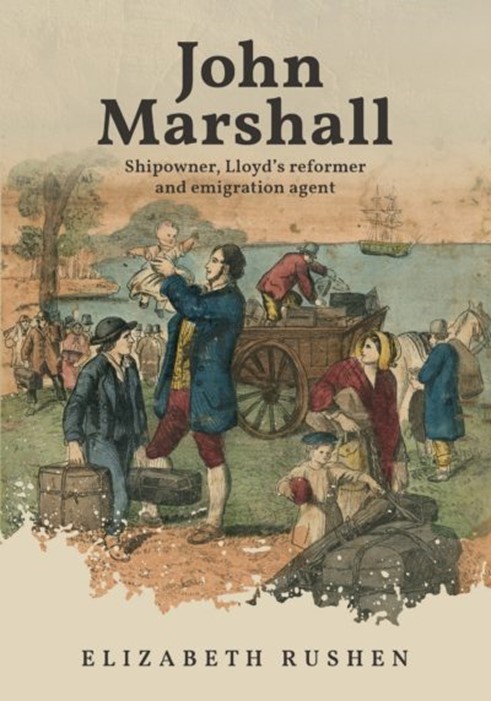 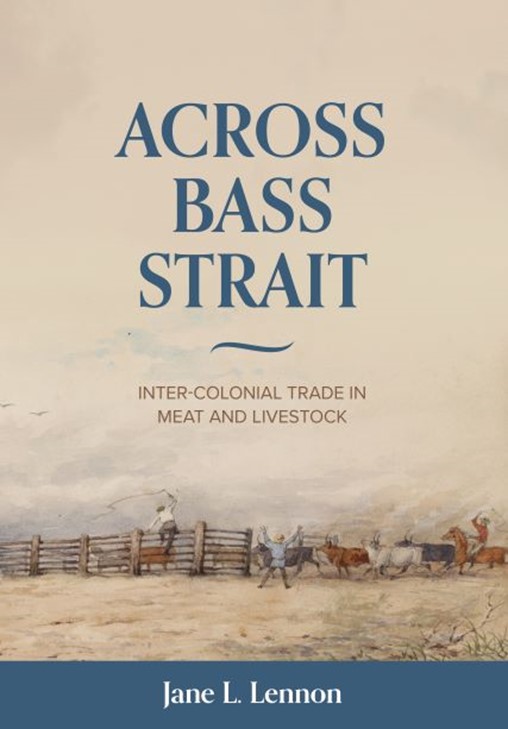 The media continues to report alarming neglect and degradation of pier and wharves around the Victorian Coast. Three piers remain closed to the public at the Williamstown maritime precinct due to structural risk. No timeframe to re-open has been given. Docklands residents watch their incrementally disappearing Central Pier. On 15th March The Age reported the closure of 19 piers around the Bay. When will these piers reopen? It is important to remember that they are valuable public assets but access is denied to the public.

The State government conducted an Independent Review of the Victorian Ports System produced in 2020 which was the first holistic review into the ports system in 20 years. Government claims that since then the [waterways] system has gone through significant changes, including the introduction of a third stevedore in 2015 and leasing of the Port of Melbourne in 2016. Clearly change was due. Indeed all 63 recommendations in the Review were accepted to cut red tape, boost safety, and improve the way our ports operate. This bureaucratic re-jig appears to have failed the public. Waterways management complexity remains and important maritime infrastructure continues to rot. Although by no means definitive, you may find the following brief list of some of the key entities and roles helpful: 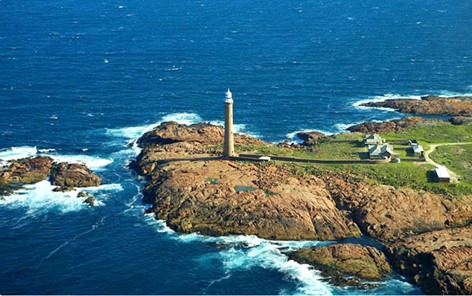 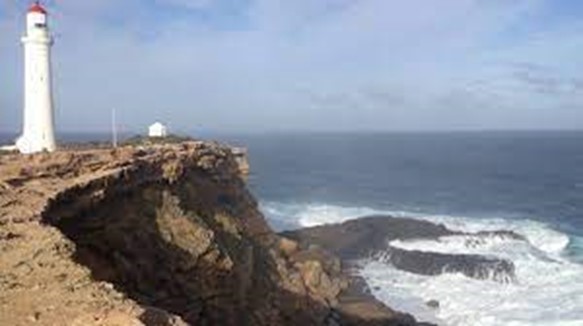 The importance of these inspections to the world and to Australia cannot be overstated. Australia has a long association with Antarctica. We claim 42% of the continent, an area 80% of the size of Australia itself. Details

The Inspection: In early 2020 a team of four Australian observers conducted inspections of six Antarctic stations in accordance with the provisions of the Antarctic Treaty. 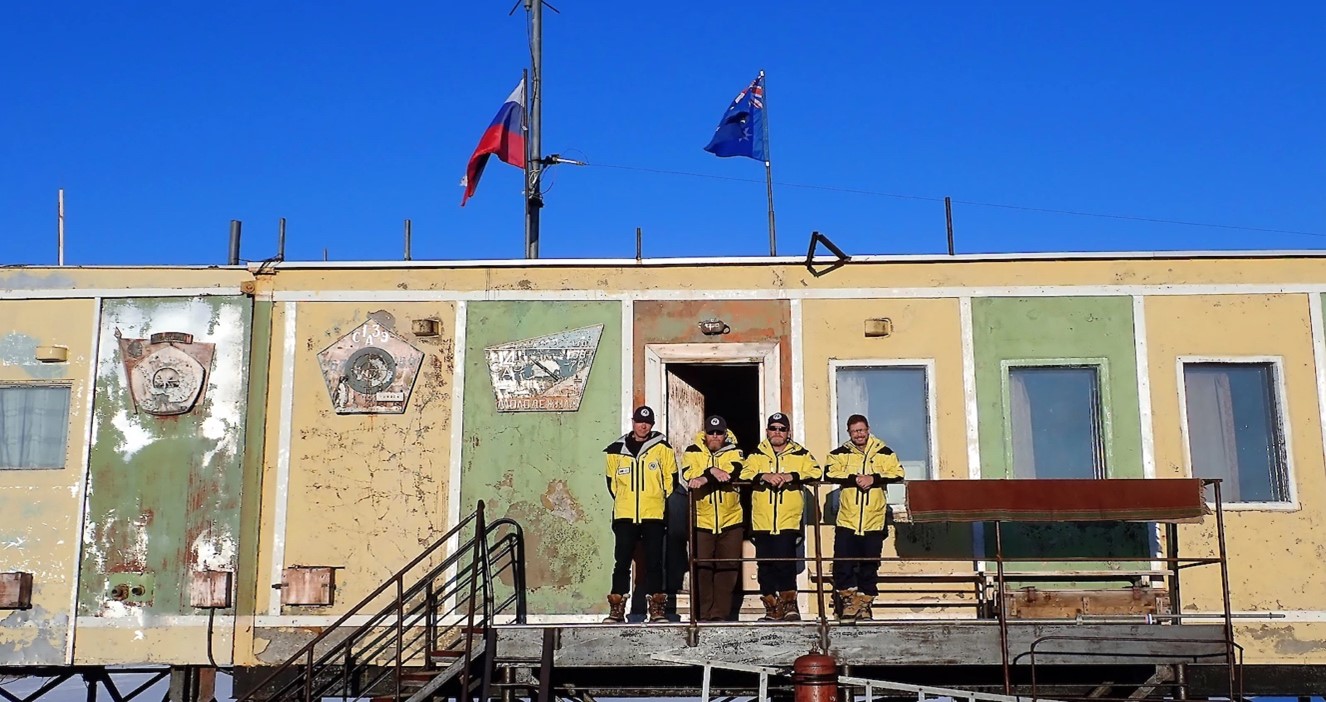 MMHN is seriously concerned about sustainability in the Australian Maritime Industry in this island nation. On March 5 the McGowan government announced the establishment of the Shipping and Supply Chain Taskforce to speak with the shipping industry, customers, port authorities, unions and the broader community and to examine resilience of Australia’s shipping industry and vital supply chains and examine links Western Australia with the east coast and international customers.

By 2023 about 20% of Victoria’s power will come from offshore wind. This will increase the call for and reliance upon maritime skills and capabilities. Premier Dan Andrews announced on 3 March an offshore wind target for Victoria that will according to Environment Victoria supercharge the transition to clean energy. We hope that the Andrews government recognizes the need to ensure that urgent expansion of maritime skill training in this state. The sheer size of the windfarms in our very challenging waters means much maintenance and repair managed from vessel by seafarers with new expertise.

Mark Howard, writes in IMHA February Newsletter on the 150th anniversary of Australia being linked to the rest of the world by overland telegraph. Vessels arriving at Australian ports were met by a harbour pilot and a port health officer and by one or more newspaper reporters clamouring for overseas newspapers. But this changed. On 22 October 1872, a telegram was sent from London and it reached Adelaide six hours later. The telegraph office became main source of overseas news which arrived in hours instead of months. It was at a considerable cost a message of twenty words cost £10, equal to about five weeks wages for a working man.The same newsletter made reference to MMHN’s growing engagement with the UK City of Hull. Historic maritime connections spanning two centuries between Australia’s great southern port city Melbourne and Hull, the significant UK port city of Yorkshire, is rarely celebrated. IMHA Newsletter

MMHN staunchly advocates for the expansion of ferry transport options (for both public transport and tourism) on Melbourne’s currently under-utilized waterways. These should attract the same level of government subsidy given to trams, buses and trains.
MMHN recently met with representatives from the Office of the Minister of Public Transport to discuss this matter.
We are encouraged by work being done by the Australian company AUSTAL in designing mass water transport solutions that are both economical and environmentally sustainable. Austal’s VOLTA series of electric-powered high-speed ferries challenge conventional engineering. See Volta Ferries 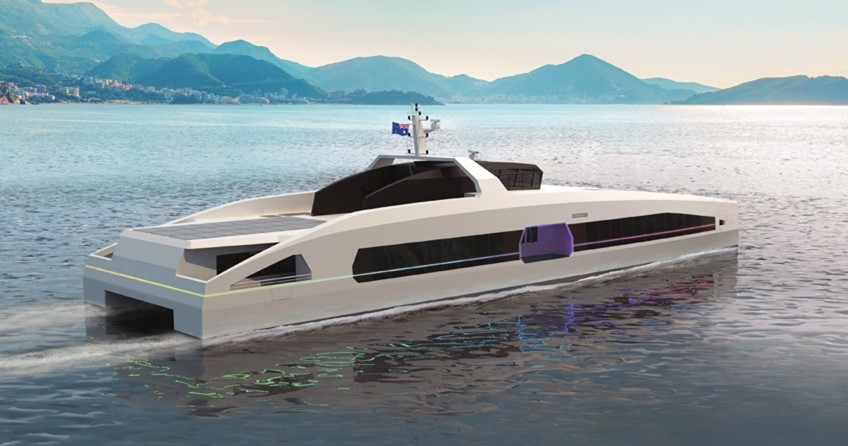 MMHN is delighted to note the vast improvement in ferry infrastructure recently constructed in Victoria Harbour, Docklands. This adds to MMHN advocacy for expanded ferry services. Will this be a case of ‘build it and they will come’?

Sad news indeed. The 100-year-old copper weathervane of a galleon-style sailing ship iconic has recently been stolen from the roof of the Mission’s building. In 1917, when copper was expensive due to WW1, Henry Alfred Saw crafted the weathervane. In 2020 the weathervane was repaired and secured. It is a significant heritage loss. If you have any information, please contact the Mission to Seafarers or Victoria Police. 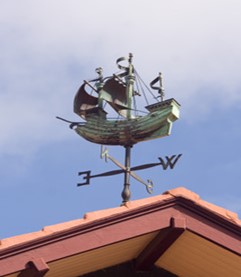 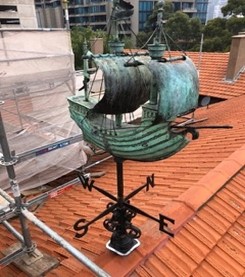 15. Historic Photograph of the Month

Members of the MMHN Museums & Collections Special Interest Group are working towards identifying and annotating photographs in the Public Record Office Victoria’s (PROV) marvellous collection. This is image is the first of a series which will appear in future MMHN Updates. 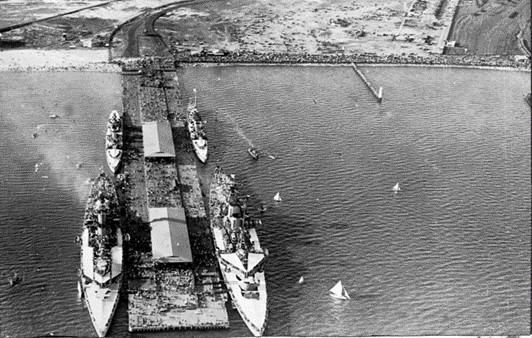 The ships are HMS Hood, Repulse, Delhi and Danae. HMS Hood was lost in action with the Bismarck & Prinz Eugen with all but three of her crew on 24 May 1941. The battlecruiser HMS Repulse was sunk by Japanese aircraft on 10 December 1941 when attempting to intercept landings in Malaya. HMS Danae served in World War Two in both the Royal Navy and the Polish Navy. Its sister ship, the cruiser HMS Delhi, also survived the Second World War though suffering extensive battle damage.

Ben Smee writes in the Guardian Australia Online on 11 March 2022: The federal government has recently announced plans for a submarine base on Australia’s east coast, with Wollongong, Newcastle and Brisbane short-listed for what will be the location of Australia’s new nuclear submarines. However, marine biologist and jellyfish expert Lisa-ann Gershwin says Brisbane would be a terrible location, due to Moreton Bay’s frequent jellyfish blooms. Nuclear-powered aircraft carrier ‘USS Ronald Reagan’ was forced into emergency reactor shutdown in Brisbane after it sucked more than 800kg of jellyfish into its condensers in 2016, and Gershwin says a ‘jellyfish shutdown’ is inevitable in tropical waters should Australia’s nuclear submarines are based in Brisbane. Alarming!!
More info

17. MMHN Museum of the Month

Portland Maritime Discovery Centre Victoria
Portland was the site of the Victoria’s first commercial port. Located on the harbourside water’s edge the Portland Discovery Centre reveals a rich maritime history of once-thriving whaling and fishing industries, ship building, numerous shipwrecks along this treacherous coast and of course, rescues. The major exhibit at the Centre is the 1858 Portland lifeboat, famous for its role in the Admella rescue in 1859. The lifeboat is one of the oldest remaining unrestored intact vessels in Australia, possibly the world. It is a unique self-righting and self-bailing design arising from a competition sponsored by the Royal National Lifeboat Institute 1851. it is one of the original 5 lifeboats constructed at Williamstown and put to use all around the coast. Two other vessels of a unique design – Couta Boats – are soon to relocated to a berth close to the Centre. 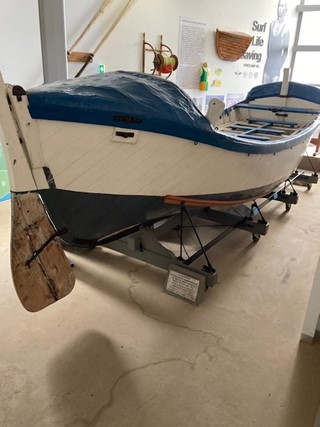 An unusual exhibit features the natural phenomenon, the Bonney Upwelling which is part of the Great South Australian Coastal Upwelling System. It is Australia’s only such system, bringing nutrient-enriched water from depths exceeding 300 metres. Every summer, the upwelling sustains a bountiful ecosystem that attracts ‘blue whales’ and supports rich fisheries. More info

Estimates suggest there are more than 2000 seafarers stranded in Ukrainian waters in an increasingly dangerous situation with Russia tipped to launch a full-scale assault on Odessa, Ukraine’s top port, shortly. More info

Leaving aside the humanitarian concerns and the threat of further escalation of the conflict, the impact on global shipping is further navy is Cameron Stewart writes (The Australian, 2 March 2022) that War anywhere exposes shipping fleet, supply chain risk. Retired Navy chief Tim Barrett states that Russia’s invasion of Ukraine has highlighted the ‘parlous and fragile’ state of Australia’s commercial shipping industry. The nation is highly vulnerable to supply chain disruptions in the event that the war in Ukraine escalates, given that Australia is dependent on seaborne imports of a wide range of goods. Barrett says the federal government should intervene to protect the shipping industry on national interest grounds. The government has the power to do so with Australian-flagged cargo ships, but the majority of vessels that service Australia are now foreign-flagged. MMHN has written often of our deep concern that Australia’s maritime capability has dangerously declined.

We remain inextricably connected to very troubled parts of the world by the sea.

Do keep well, everyone.
Until next month,